Tattoos: Is it time to display them in the Hong Kong workplace?

Written by Human Resources on April 27, 2019. Posted in Blog

Tattoos: Is it time to display them in the Hong Kong workplace? 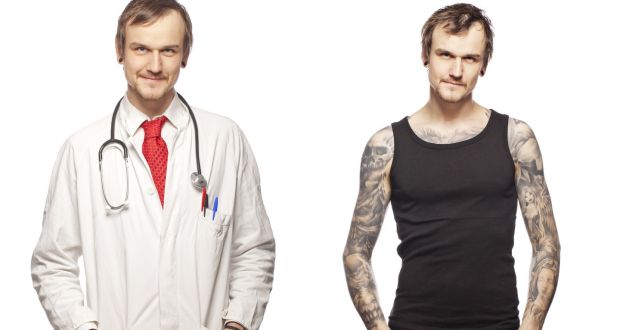 Tattoos. Love them or hate them they are here to stay. Indeed they are more popular – and prevalent – than ever.

But what, if anything, is your organisation’s policy on the display of tattoos in the workplace? Should they remain a sight unseen or is displaying them more openly merely part of an overall relaxing of office attire.

A recent twitter-storm brewed last month when former English football star and sports ambassador David Beckham proudly revealed his latest tattoo – a tiny black heart on his left ear – at the launch of a new adidas sports store in Guangzhou, China on 26 March.

However, workplace attitudes – and indeed tolerance – for such public displays of immodesty are not always so forgiving, especially in conservative Asian locales such as Hong Kong, Singapore and Malaysia. Tattoos remain a taboo in the modern-day workplace, especially in the corporate sphere.

Thirty-year-old Lauren Flower is a legal secretary at a mid-tier law firm at an Australian law firm. She decided to ink her first tattoo at the age of 20, while in Mexico. Her total collection now stands at 14.

“I kept getting them because it’s like a whole experience. I guess it becomes for a lot of people, like an addiction, a permanent accessory,” she was quoted as saying in The Age newspaper.

In her former position at a top-tier law firm, her employment contract specifically addressed the issue of tattoos.

“It had a clause about not having visible tattoos,” she said.

“I would need to check my current contract, but I rarely see clients, so I don’t know what the issue would be. But the company would probably think they look unprofessional. That perhaps people who have them are not well educated, or have a low intellect.”

These days she is a little more circumspect. Her current boss remains blissfully unaware of the two scorpions on her stomach, or the portrayal of her pet cat on her arm. He is also unlikely to ever find out (unless he reads this) as her work attire of blouse and pants hides them.

There are signs, however, that workplace attitudes towards tattoos are softening.

Research undertaken in 2018 by industry market research firm IBISWorld revealed an increased social acceptance of tattoos. It also noted patrons aged between 30 to 49 were the most active demographic for visits to tattoo parlours.

Sydney-based tattooist Lauren Winzer is the proud owner of almost 100 tattoos. But admits to having had perception problems with her body art at her previous employment.

Before becoming an artist she worked for a telecommunications company and was told to hide her tattoos.

“I had to cover them all up,” she says. “I remember one hot day, I took off my cardigan and my boss saw them. She wasn’t stoked. She worried I was going to do a bad job. But I’d been doing the role with my tattoos covered the entire time. I was one of the hardest working people there. But as soon as she glimpsed any hint of my personality, I was treated differently.

“Things are getting better,” she adds. “But it’s still happening. As long as you are being professional, I don’t know why it should matter. But people still judge us.”